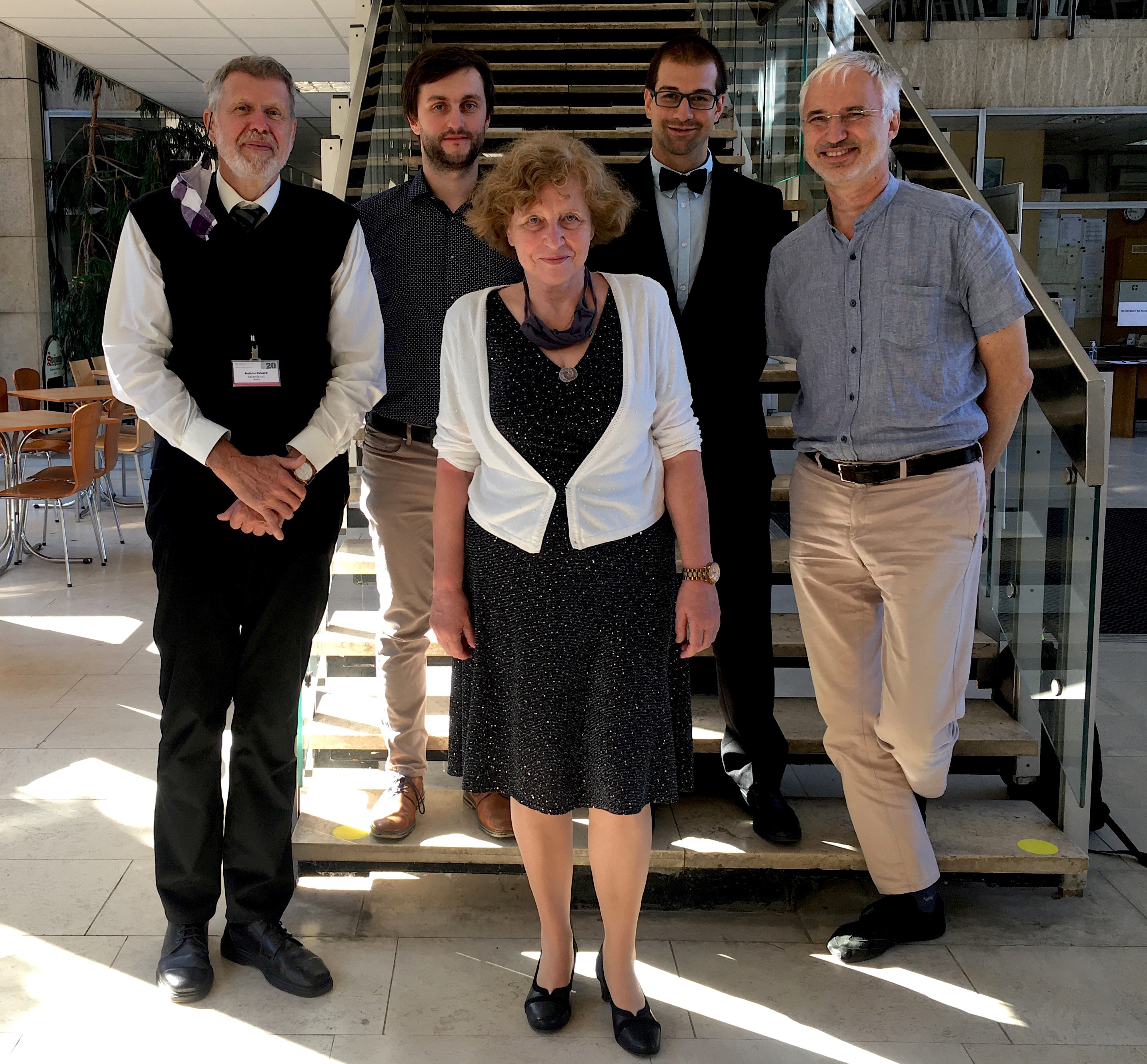 In the competition of twenty-six talented physicists under the age of thirty, Denisa Kubániová received honorable mentions for experimental research of magnetic nanoparticles of iron oxides using nuclear spectroscopic methods.

Milan Odehnal Prize has been awarded by the Czech Physical Society of the Union of Czech Physicists and Mathematicians since 1993 every two years. A maximum of three related works by the young physicists from all physical disciplines that have been published or accepted for publication in the last five years are accepted for the competition.

This year, the evaluation committee found itself in a really difficult situation, because the scientific works were of exceptional professional quality and well balanced, as commented by Eduard Hulicius (first from the left), moderator and member of the Committee. The jury therefore decided to award six more honorable mentions. Alice Valkarová (in the middle), chairwoman of the Grant Agency of the Czech Republic, who is also the vice-chairwoman of the Czech Physical Society, encouraged the young physicists to pursue their career in the fundamental science at the award ceremony, which took place at the 20th Conference of Czech and Slovak Physicists organized in Prague on 9th September 2020. Antonín Fejfar (the first in the right), president of the Science Council of the Czech Academy of Sciences, awarded the second place to Jan Fait (together with the winner Zdeněk Kašpar in the second row).